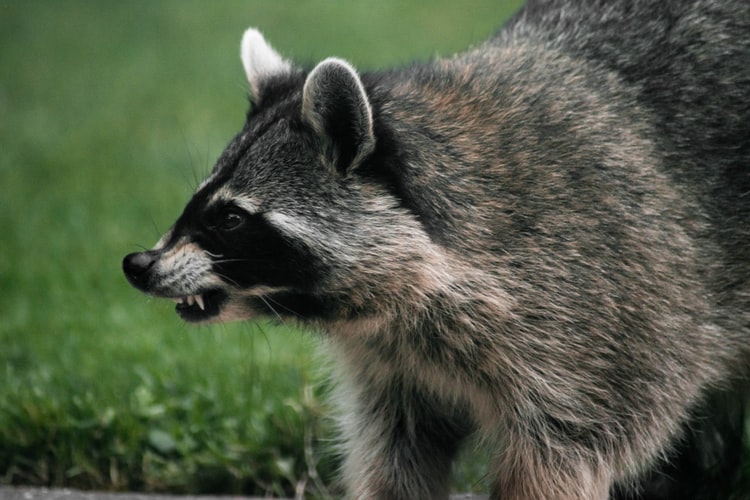 A wide range of different infectious diseases including bacteria, viruses and parasites, are spreadable to humans by raccoons. Coming into contact with a sick raccoon or it’s droppings/urine, can spread disease carried by the animal. The most common disease found in raccoons is rabies and typically be diagnosed by looking at the animal. All possible diseases that can be carried by raccoons include: rabies, roundworm and leptospirosis.

Rabies is a mammalian viral disease that affects the the brain and nervous system, resulting in death. It is most commonly found in U.S. bats, raccoons, skunks, and foxes. It may also infect unvaccinated pets or livestock.

People can become sick when a raccoon bites them or when a person comes into contact with the wildlife’s droppings. Early symptoms may include fever, fatigue, Headache and pains in the body. Illness easily gets worse causing confusion, sleeplessness, and agitation. The muscles in the throat can be affected, making it difficult to swallow. Raccoons will die within days after contracting rabies. 1Go To Source michigan.gov -“Rabies”

The infection caused by raccoon roundworm is called Baylisascaris procyonis. People and a number of other species, including dogs, may be affected by this worm. Human infections are uncommon, but may be serious if the eye, organs, or the brain are invaded by the worm. The risk of raccoon roundworm is highest for individuals living in an environment where raccoons frequent.

Nausea, weakness, liver enlargement, loss of balance, lack of attention to people and environment, loss of muscle function, blindness, and coma are possible signs and symptoms of the raccoon roundworm infection. Within 1 to 4 weeks after exposure to a sick raccoon, symptoms will develop.

Upon consuming the larvae of this worm (passed into the feces of raccoons), humans will be infected with raccoon roundworm. Most common cases are seen in children and others who by mistake put dirt or animal waste in their mouths. 2Go To Source bphc.org -“Raccoon Roundworm”

Leptospirosis is a disease of rats, raccoons, and certain other wild and domestic animals caused by Leptospira bacteria that are carried in the urine. In both individuals and a broad range of animals, including dogs, leptospirosis can occur.

People and animals may become infected by having or swallowing water or soil contaminated with urine from infected raccoons on their skin, or in their nose, mouth, throat, or eyes. Dogs are at greater risk of infection because they sometimes drink or lick dirty water on the ground; sick dogs may become critically ill or even die.

There will be no signs for some people infected with leptospirosis and some people will become seriously ill. Influenza-like symptoms can be caused by leptospirosis including: extreme head and muscle aches, high fever, and in some cases, significant liver and kidney complications.3Go To Source kingcounty.gov “Diseases from raccoons and other wildlife”

How To Prevent Catching Diseases From Raccoons?

Keep away from areas that may be infected by raccoon feces and products. Usually, racoons defecate at the base of or in elevated tree forks, or on elevated horizontal surfaces such as fallen trees, stumps, or large rocks. On woodpiles, decks, rooftops, and in attics, garages, and haylofts, raccoon feces can also be found. Feces are typically dark and tubular, have a pungent odor, and frequently contain undigested seeds or other food products (usually worse than dog or cat feces). 4Go To Source cdc.gov -“Prevention and Control”

If you have a raccoon in your home, do not remove the animal without the proper protection or training. Scratches, bites and saliva are all ways disease are transported. Having a professional come out and remove the animal properly could prevent the infection of a dangerous disease.