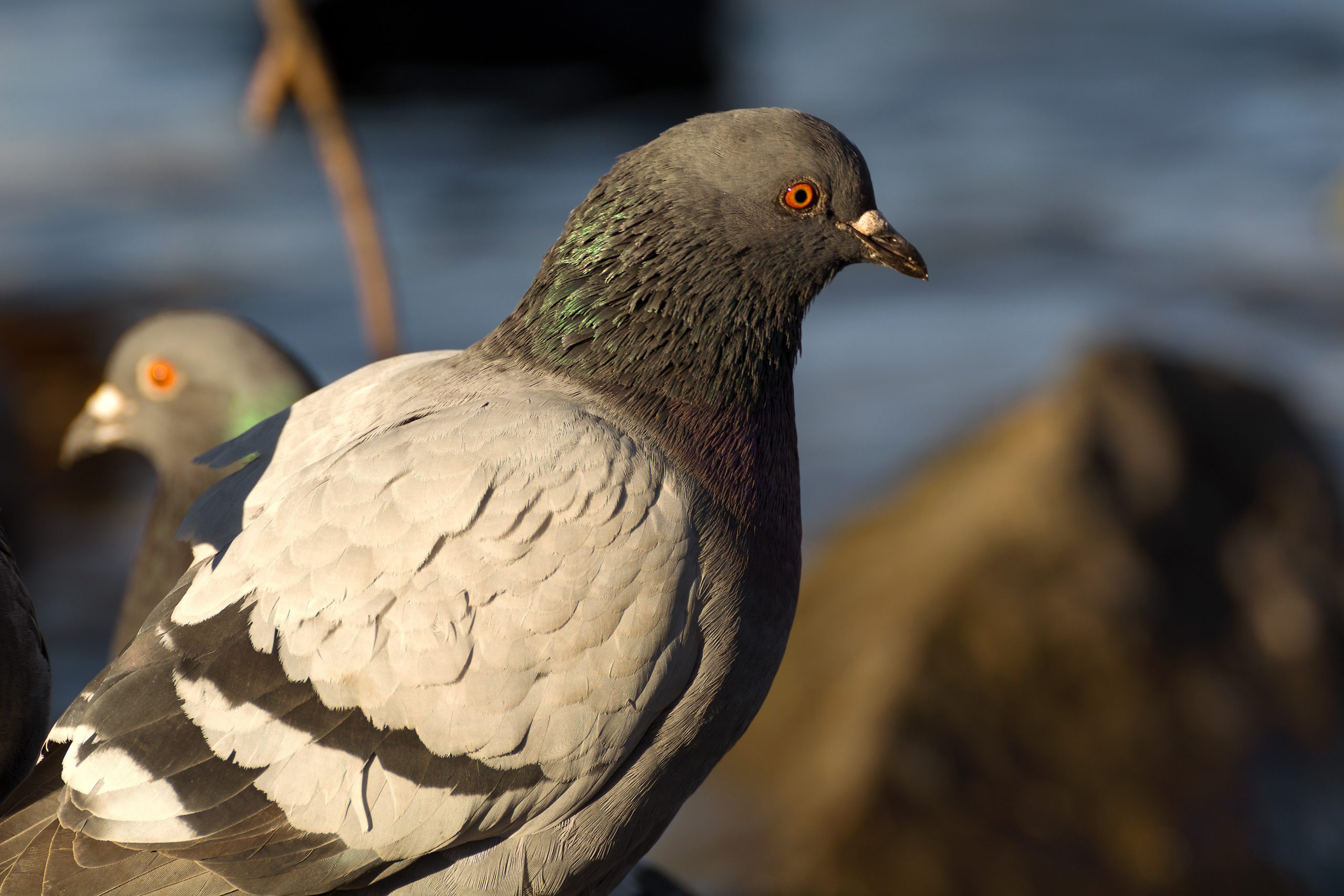 Pigeons can be great to look at from a distance, however, you will begin to see and feel how harmful they can become when they start invading your property. In buildings, cars, vegetation, and several other surfaces, pigeons can cause a significant amount of damage. In addition, they can carry a number of diseases that can put at risk the inhabitants of home and construction. And, of course, when a pigeon gets trapped inside, not only for the bird, but also for your family, it can be extremely stressful.

We get lots of calls from homeowners in Central Florida asking for pigeon removal assistance. It is not as easy to catch animals on the ground as what we do with rat removal or raccoon removal, but our team of animal removal experts are highly trained and experienced in trapping these pigeons so that they can be removed from your property.

There are many reasons that you should call for the removal of pigeons. The following are among those:

There are over 350 recorded varieties of the pigeon, however they are most commonly known as: Pigeon, dove, blue rock pigeon, rock dove, wild rock pigeon, rock pigeon, feral pigeon. While the physical description may differ based on which species you see, the average appearance is as such: 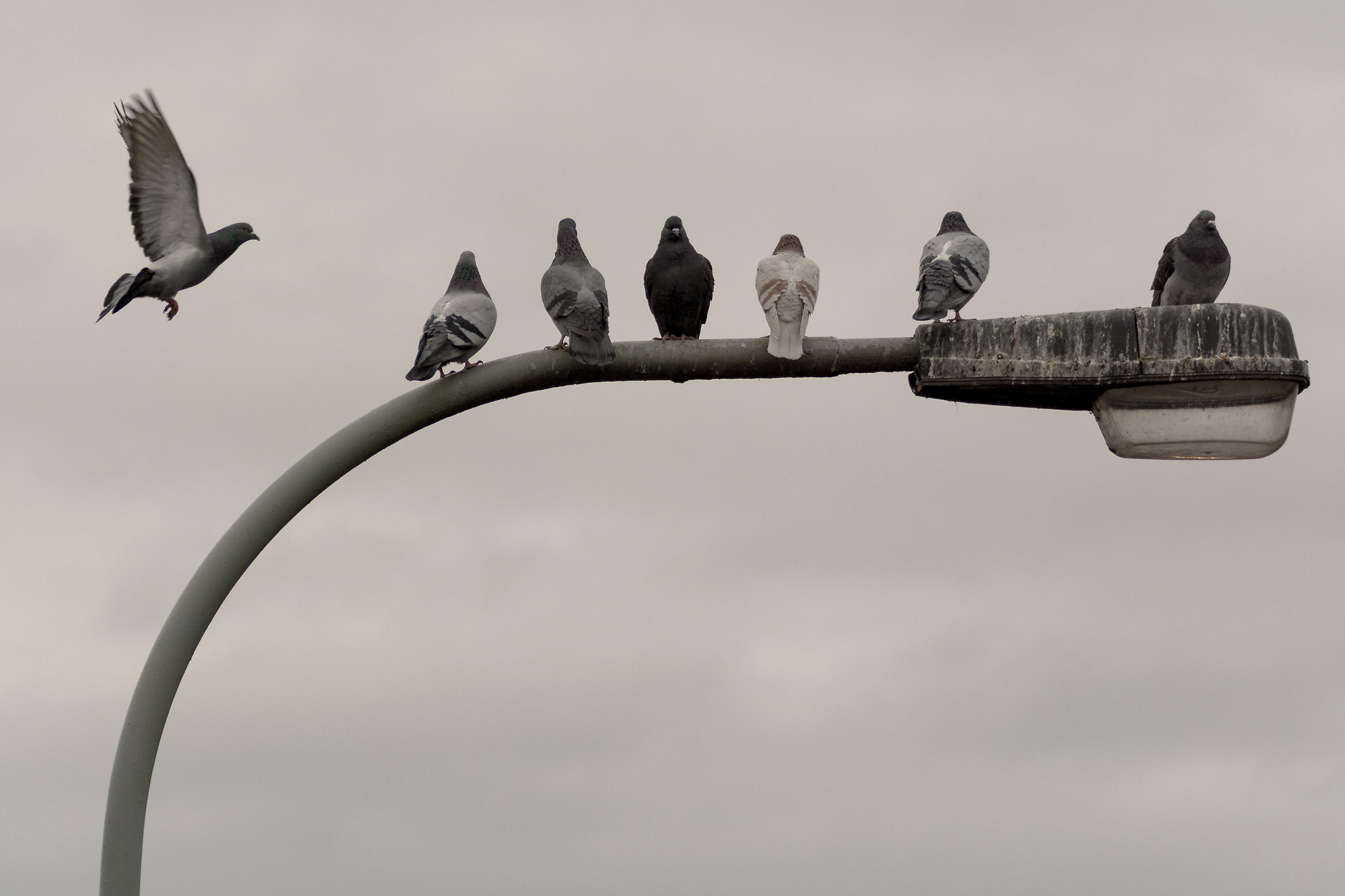 What do they eat?

The major component of the pigeon diet is seeds, but it varies greatly by species. Many species of soil feeding (granivorous species) eat fruit and take in insects and worms. The Atoll Fruit Dove, one species, has adapted to the capture of insects and small reptiles. In urban areas, feral pigeons exist exclusively on a diet of seeds (usually from human sources) and human waste, such as fast food waste. Wood pigeons have a varied diet that includes berries and vegetables.

How do they reproduce?

The pigeon mates for life and, in optimal conditions, can breed up to 8 times a year, bringing two young birds into the world each time. Breeding frequency is dictated by the abundance of food. With both parents incubating the eggs, pigeon eggs take 18/19 days to hatch. Young dependent pigeons are generally referred to as squabs. The young are fed by both parents with a unique ‘pigeon milk’ that is regurgitated and fed to the squabs. In one day, each squab can double its birth weight, but it takes 3 days for the heart to begin to beat and 4 days for the eyes to open.

When squabs are hungry, they ‘squeak’ while flapping their wings and are therefore are commonly known as ‘squeakers’. The young are ready to flee and leave the nest at the age of about 2 months. This longer-than-average time spent in the nest guarantees that a juvenile pigeon’s life expectancy is far greater than that of other fledglings.

Habitat of a Pigeon 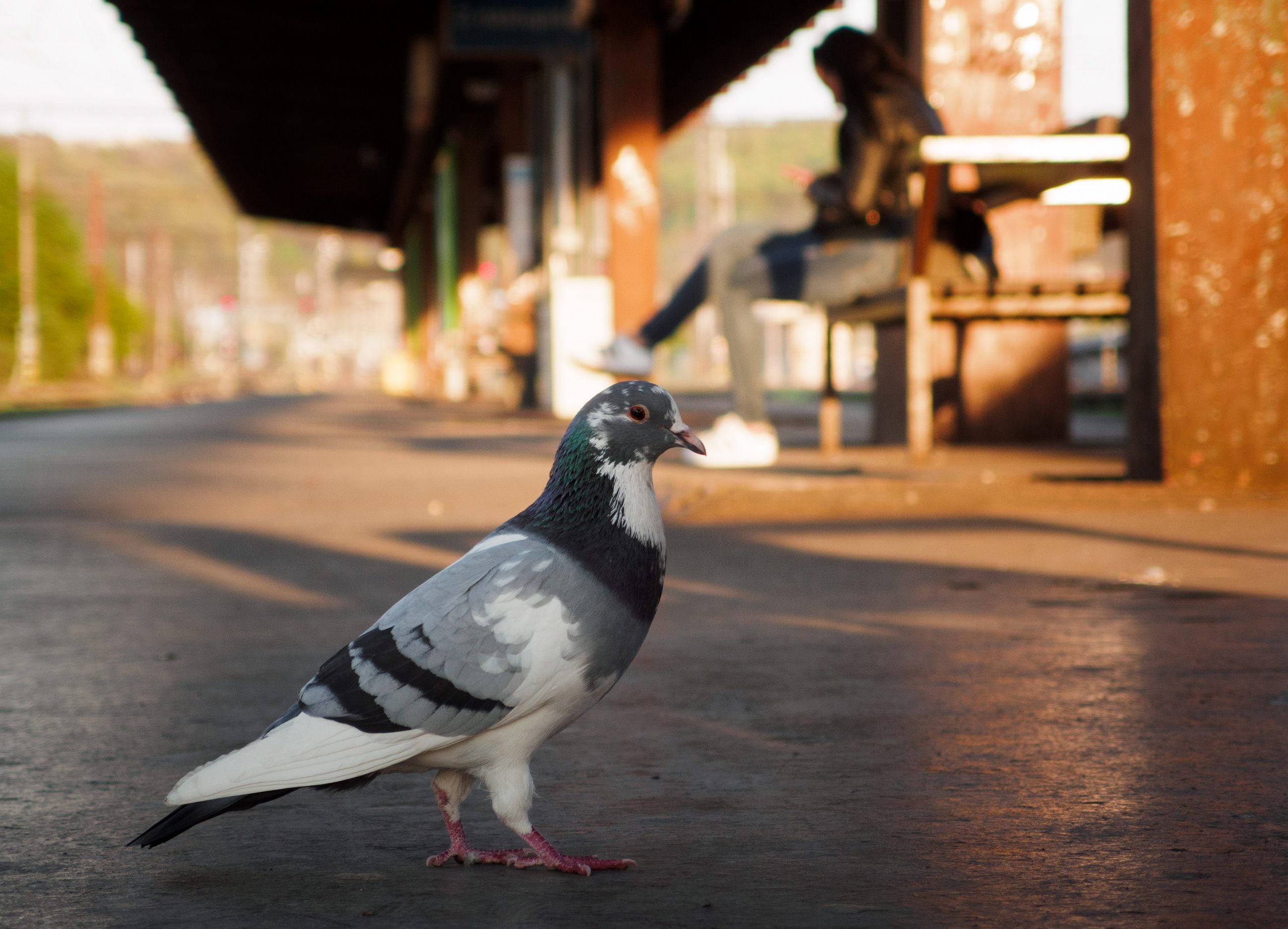 In cliff-side environments, especially sea cliffs, these birds naturally thrive. While they were introduced and can live in cliff environments, they have found a perfect urban and city living niche that fits their needs even more perfectly.

If your efforts to repel them from the area work, trapping pigeons might not be necessary, although you may have to use the two methods together to get rid of the birds. For starters, try to repel pigeons from your property with these relatively simple solutions:

You have no choice but to trap and relocate the birds if the repelling actions don’t seem to make a dent in your pigeon population. In order to control the nuisances that they can cause, we can effectively trap pigeons through an integrated set of methods. Using live-trap devices, we will quickly trap pigeons and safely remove them from your property. We assure you that our procedures are always as humane as possible. We will work with our customers to find ways to eliminate food and water sources, nesting opportunities, and employ exclusion techniques using netting to avoid and control further problems. While the infestation of pigeons can be overwhelming, we are experienced in handling the issue so that you don’t have to do it on your own.