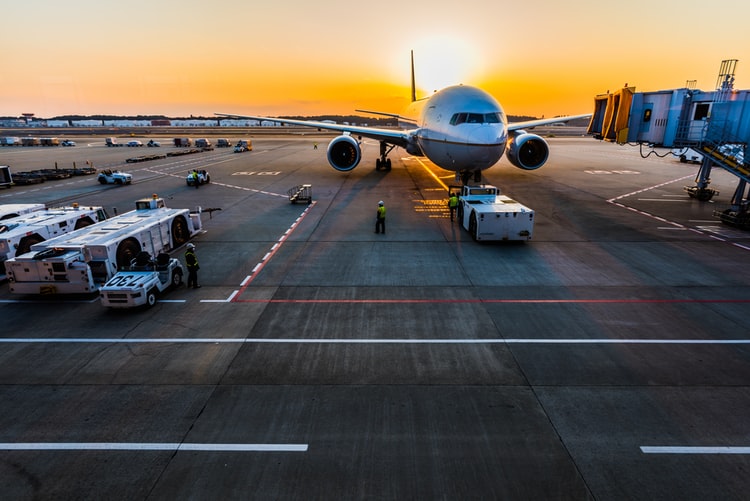 Orlando Sanford International Airport is located Sanford, Near Orlando, FL. Until 1969, it was designed as the Sanford Naval Air Station, a Master Jet Base for carrier-based attack and reconnaissance aircraft. The Sanford Airport Authority owns and operates the airport.

Sanford is the secondary commercial airport of Orlando, but is farther away from downtown Orlando and the main theme parks than Orlando International Airport, the primary airport. Passenger traffic at Sanford was once dominated by European charter services because of its association with Orlando.

Much of its passenger traffic has been domestic since 2008; this is due to the entry of Allegiant Air, based in Las Vegas, for which Sanford is a city of focus. Sanford was also a small target city for Direct Air, the travel marketer, until the company’s demise in 2012. 1Go To Source airlinesmanager.fandom.com -“Orlando Sanford International Airport”

Just before the 1940s, when it occupied about 800 acres/325 hectares and featured two runways, Florida’s Orlando Sanford Airport started its existence.

The airport was taken over by the US Navy in 1942 and became a major naval airbase. In 1946, the city of Sanford took possession of the airfield once again and named it Sanford Airfield.

However, only five years later and during the Korean War, until 1968, when Orlando Sanford Airport had occupied more than 1,600 acres / 650 hectares, the navy used the airport and maintained control, doubling its original size. Sanford bought the airport for the princely amount of just one dollar at this point and started commercial flights once more.

Change was under way by the 1990s, and proposals were drawn up to upgrade the overall infrastructure, construct a new arrivals building, add a freight center, a new control tower and extensions to the taxiway.2Go To Source flysfb.com “About SFB”

Orlando Sanford International Airport is about 32 miles from downtown Orlando, Florida. Three realistic modes of travel to the airport include taxis, bus shuttles, and ride sharing services. Due to the distance between Orlando and Sanford International, walking or biking is not an option.

Orlando Sanford International Airport has two linked passenger terminals: the International Terminal is Terminal A (TA) and the Domestic Terminal is Terminal B (TB), the smaller one. The Welcome Center is situated across from and linked to TA. The parking garage and return car rental lot are across from TB, and to the east of TA is the Value parking lot. You can enter Economy & Overflow parking lots from Airport Blvd. Both terminals’ gate areas are connected and provide free WiFi access.

Allegiant Air, National Airlines, TUI Airlines Netherlands and Interjet are major airlines and carriers that sell flights to Orlando Sanford Airport (SFB). Beau Rivers Resorts offers service through Sun Country Airlines, and this airport is also served by Jetairfly, Surinam Airways and Thompson Airways. Two comfortable terminals that sit side by side are situated at the airport.

To learn more about the area, some travelers may want to stop by the welcome center or to pick up brochures and pamphlets about local attractions. Since the terminals are so close, there is no need for airport trams to get around. At Advantage, Alamo, Avis, Budget, Pound, Enterprise, Thrift or Hertz, you can rent a car on-site.

Located conveniently close to the airport, Accessible Mini-Van Rentals provides shuttle services to and from the airport. You can be picked up from the airport by Magic Ride Transportation, Cocoa Beach Shuttle and many other firms, but you will need to book those services in advance. You can book a private sedan and a driver from the Orlando Yellow Cab Company that will take you downtown for around $180. 3Go To Source skyscanner.com -“Orlando Sanford Airport SFB”

Places Of Interest Near Sanford International

Once you book cheap flights to Orlando Sanford Airport (SFB), there is a lot to take advantage of in the city. Located only a few miles north of the airport, historic downtown Sanford is home to antique shops, boutiques, cafes and restaurants.

The city of Orlando itself is about 20 miles southwest of the international airport of Orlando Sanford. You can also take a tour of the Central Florida University campus or head to Cocoa Beach or Clearwater Beach, which are the two most popular beaches in the area. Orlando’s Universal Studios and Disney Parks are just about 35 minutes from the airport.