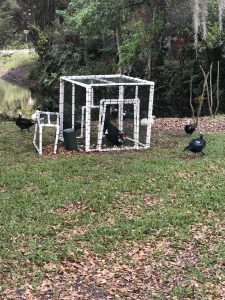 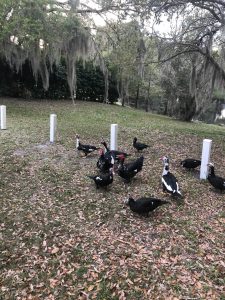 Muscovy ducks will nest anywhere, including under shrubs and bushes, under porches and raised houses, on balconies, and in attics. Muscovy ducks typically do not interact well with other animals and can be aggressive. Muscovy ducks live alone or in small groups, and will defend their territory without hesitation. 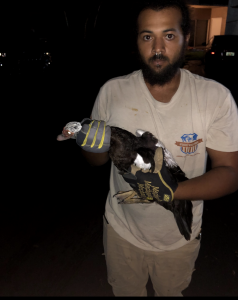 Muscovy ducks are considered nuisance birds and are not protected by any federal act in the state of Florida. They are destructive to gardens, and leave droppings everywhere they go which includes swimming pools, carports, and outside patios. Bird waste can be caustic and should raise the concern for diseases such as salmonella and E.coli. 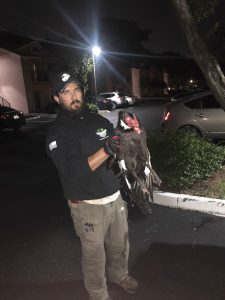 In many places it is Illegal to feed or interact with ducks or geese. Muscovey will often quickly over run an apartment complex or H.O.A., laying several eggs at a time with a quick incubation period of 30-35 days. Nuisance ducks cannot be relocated in the wild. They must either be euthanized or kept at a farm inside of an enclosure.

The most common complaints include:

For these reasons, many people wish to have nuisance Muscovy Duck trapped and removed.
AWR incorporates several methods of removal including net launchers, drop nets, and hand netting. All ducks are removed in a humane manner and are released on private farm lands where they remain