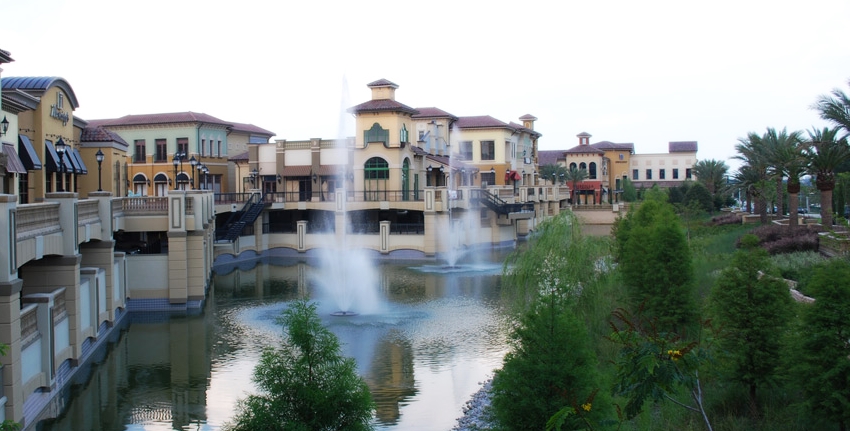 Many residents and visitors to Central Florida are constantly to see the name “Dr. Phillips.’ This name is all around the Orlando area, from the suburbs, to a performing arts center, to the name of a street and beyond. However what some may not know is the great history of who Dr. Phillips was as well as how the neighborhood came to be. Fortunately, Mr. Clean Can did some research and collected some interesting information that you would like to pour a bottle of orange juice and then head over to visit the area of Dr. Phillips!

One of the most popular places to live in Orange County is this bustling area of residences, businesses, restaurants and upscale shops. The community was named after Dr. Philip Phillips, a citrus industry pioneer who eventually sold Minute Maid the bulk of his property in the 1950s. The property he owned was sold to developers who built the Bay Hill subdivision and other neighboring communities in southwest Orange County.

Over the last 30 years, this area has seen explosive growth, largely due to the location of two key local industries: defense and tourism. However, by timely upgrades of the infrastructure and controlling growth, the Dr. Phillips area has been able to maintain its superb quality of life. Because of the reputation of the public schools, many people move to the Dr. Phillips area alone. A 43-acre, state-of-the-art County park located on Big Sand Lake is also in the area. Many residents are also active in boating and water sports due to their location on the eastern shore of the beloved Butler Chain of Lakes.

A man named Dr. Philip Phillips visited Satsuma, Florida, in the late 1800s, with the intention of buying an orange grove. He was able to do just that, but unfortunately, something very un-Florida-like happened, and all the trees in his grove were destroyed by a frost (noted as one of the worst in Florida history). Dr. Phillips, discouraged from freezing, left for a while and went back home to Tennessee. He did not stay away for too long, however, but returned to the Central Florida area in 1902! After buying multiple orange groves, he found success here and made the decision to permanently move his family here.

In history, Dr. Phillips is recognized as having a key role in helping us in the morning to enjoy a nice glass of orange juice. Many were drinking orange juice from a can before his invention of “flash” pasteurization, which could be unpleasant because of the sweet aftertaste the can would end up leaving behind in the juice. Thanks to the invention of ‘flash’ pasteurization by Dr. Phillips, which helps extend the shelf – life of many products we use today, without the not-so-delicious taste of the can, everyone was able to fully enjoy their delicious orange juice!

Dr. Phillips is also recognized for his incredible philanthropic works and philanthropic nature, aside from his significant leaps in the orange business. When he realized that the African American people of Central Florida were not getting the proper health care they deserved, he helped with the creation of the Dr. Phillips Memorial Hospital.

He also donated millions of dollars to charities and social services, and then established the Dr. P. Phillips Foundation in 1953 to help with many of Central Florida’s charitable needs. Almost $200 million has been produced and used to help those who need it most in the community through the charitable organizations associated with Dr. Phillips!

How The Community Was Formed

The plan for Dr. Phillips was to establish a community centered around his orange groves. He decided to hire a planner to develop the blueprint for an area . people can live, work and play in order to achieve this task. Dr. Phillips sold his citrus operations in 1954, but kept the undeveloped land in Orange County’s southwest. Some of this land was later sold into residential neighborhoods and developed.

Dr. Philip Phillips passed away on April 18, 1959, but his son Howard proceeded to update his father’s plans for the perfect community. At the time, Orange County was unable to fulfill the Dr. Phillips area planning needs, so Howard Phillips retained a California outdoor land planning firm to develop a master plan for an 18 square mile area. The first master-planned community in Central Florida was this area, now known as Doctor Phillips! cleancans.com – Doctor Phillips

Is Dr Phillips a good place to live in Florida?

The Dr. Phillips area was named by Time’s Money Magazine as one of the best places to live in America. The recently published study considered cities with populations ranging from 10,000 to 50,000 people, then eliminated cities with poor educational scores high rates of poverty and other factors that would impede the quality of life there.

Places with average home values of more than $1 million were also eliminated, and researchers considered things such as job growth, diversity, affordability of housing, and more to whittle down the list further. They selected no more than three places in each state to ensure that regions were evenly represented, then visited the towns and interviewed residents so that they could hash out the top 50.

Dr. Phillips came in at 26 and was the only city to make the list in Florida. It earned the title thanks to its close proximity to the theme parks and its high rate of job growth. orlandosentinel.com – Doctor Phillips