If you live in our beautiful sunshine state of Florida then there’s a high chance that you’ve walked passed or seen a black racer before. These feisty little black racer snakes are known to be found in multiple groups of 3’s if not then more! Why? well it’s that time of the year and their natural instinct is kicking in telling them that it is time to find that special snake.  Black racer snakes are very special. They group up together and have a mating group ball. Not all snakes get together and have this type of mating session. This is what makes this snake very special and also explains why there is usually multiple snakes found at once.

The Black Racer snake is a type of snake that lives in the Eastern and Central United States. It is also known as the “Black Rat Snake” or “Eastern Racer.” They are not venomous, but they can be dangerous if they feel threatened. When they feel threatened they rattle their tale to mimic a rattle snake. The Black Racer snake is usually black, but it can also be brown or olive green. The average size for a Black Racer Snake is about 4 feet long and it weighs about 10 pounds.

There are many different ways to identify a Black Racer Snake. The easiest way is by their coloration. Black racer snakes have a jet black body and an orange-red underbelly with a white stripe on the bottom of their bellies.

The Black Racer snake is one of the most common snakes in North America, but it is also one of the most dangerous. When threatened, they will bite aggressively and often rattle their tale to mimic a venomous rattle snake.

What do Black Racer Snakes eat?

Introduction: The Black Racer Snake usually eats small mammals like mice and rats. They will also eat birds and their eggs too if they are given the opportunity to do so. Lizards are also a big favorite snack of black racers. Black racers are known to live near homes that have bushes since bushes make excellent homes for lizards.

What Is A Snake?

Snakes, also referred to as ophidians, are cold blooded legless reptiles closely related to lizards. All snakes are carnivorous and some snakes have a poisonous bite which they use to kill their victim prior to consuming it. Other snakes eliminate their prey by constraint (suffocation). Still other types will swallow their victim whole and alive.

Snakes do not chew their food and have a very flexible lower jaw and various other joints in their skull, permitting them to open their mouths wide enough to swallow their prey whole, even if it is bigger in size than the snake itself. Florida is a snake filled state, and educating yourself could help with your next snake encounter. Trusted Source Florida Fish And Wildlife Conservation Commission Go To Source

The body type of snake differ on which species of snake it is. One thing that is constant is that snakes do not have legs or arms. Snakes are covered in scales that protect them from predators and from debris while slithering on the ground. As many Florida residents know, snakes can come in many different colors and patterns.

Snakes continue to grow until they reach the maturity stage in their lives. Larger snakes such as anacondas can grow up to 25 ft. long. Expect to see snakes that are less than a foot long and snakes that are over 10 ft. Live Science Go To Source

A snake’s head consists of eyes, nostrils, mouth, brain, and a special sensory structure called the vomeronasal or Jacobson’s organ. The vomeronasal is the paired openings that are located in front of the snake’s choana.

All snakes have actually a forked tongue. When they flick their tongue, the movement picks up minimal scent particles in the air and put them in direct contact with this organ. In essence, this is how a snake smells.1Trusted Source National Library Of Medicine Go To Source Source The Science Explorer Go To Source Nonvenomous snakes have 4 rows of upper teeth: 2 rows attached to the maxillary (exposed) bones, and 2 rows attached to the palatine and pterygoid (inner) bones. These fangs can either be in the front of the mouth, such as in a rattlesnake, or the back of the mouth, such as in a hognose snake.

Snakes don’t use teeth for chewing, just for gripping. Their teeth are recurved, so once they have bitten their prey, the only choice for it now is to move is towards the snake’s stomach. This makes it common to see a large bump in the snakes body because it hasn’t chewed its meal. Source Science Trek Go To Source 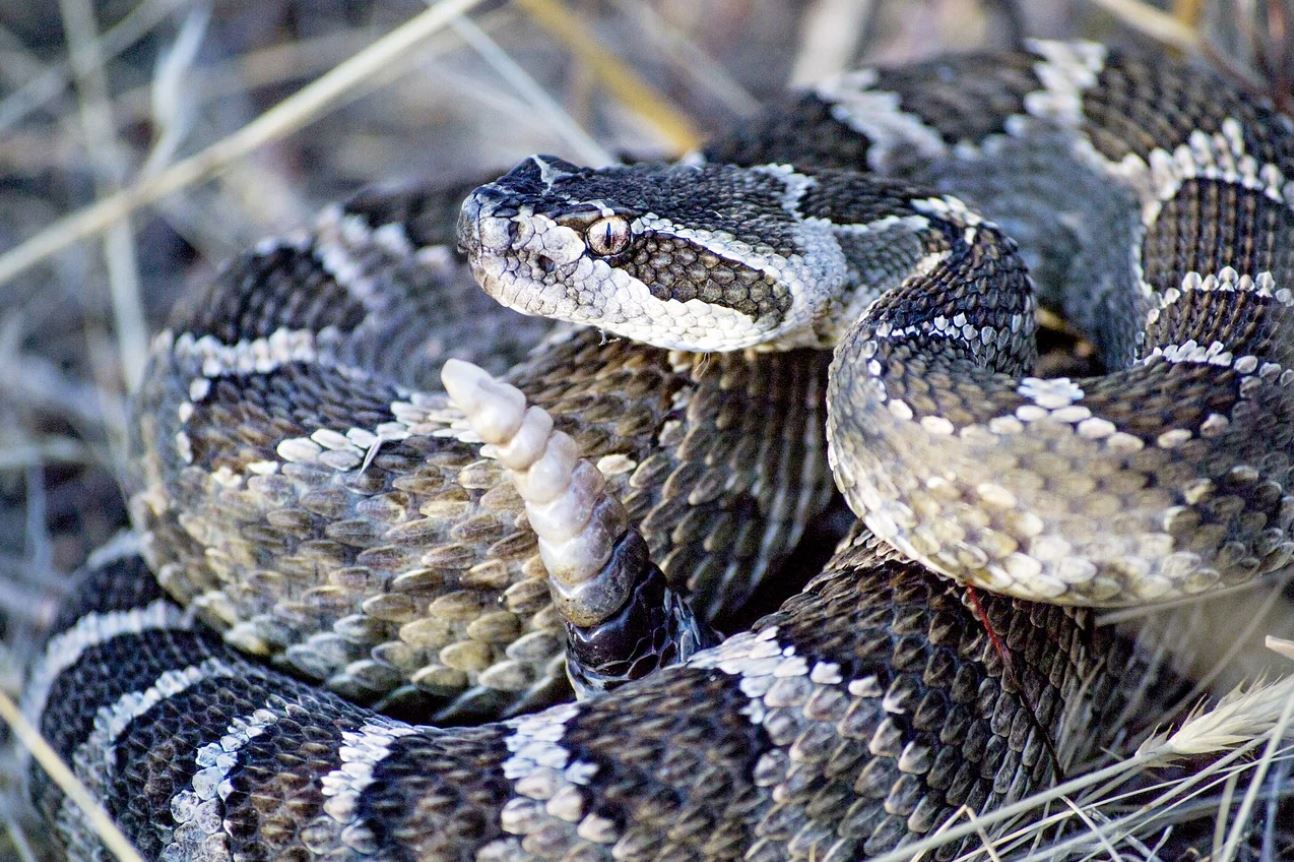 Snakes are covered in dry, glistening scales. Lots of snake types have a body pattern of different colors, sometimes quite bright. The dorsal (top) scales protect the body from friction and dehydration, and the forward (bottom) scales help in movement by gripping any surface while effective muscles propel the body forward, generally with a side-to-side, waving motion otherwise known as locomotion. This method of mobility suggests that snakes can’t travel backwards. Source Science Direct Go To Source Source Britannica Go To Source While the snake’s body continues to grow, its skin does not. Its similar to how people outgrow their clothing and need larger clothes. A roomier skin layer is created, and the old layer is discarded. Snakes also shed old skin to eliminates hazardous parasites that have taken over their skin. Trusted Source Iowa Department Of Natural Resources Go To Source

What Habitat Do Snakes Prefer?

In any habitat imaginable, from coastal mangroves and salt-marshes to freshwater wetlands and dry uplands, snakes are found and many species flourish in residential areas. There are, however, only a few snakes that are commonly seen in developed areas, although sometimes any snake can be found in urban settings.

Snakes occupy a important role in the ecosystem of Florida. Snakes, for instance, help reduce populations of rodents, which eat crops and often bring diseases that can infect humans. Non-venomous snakes also eat venomous ones which can help to maintain the balance of the ecosystem. Venomous snakes are also helpful; certain rattlesnake species have been recorded to eat ticks in their native ranges. 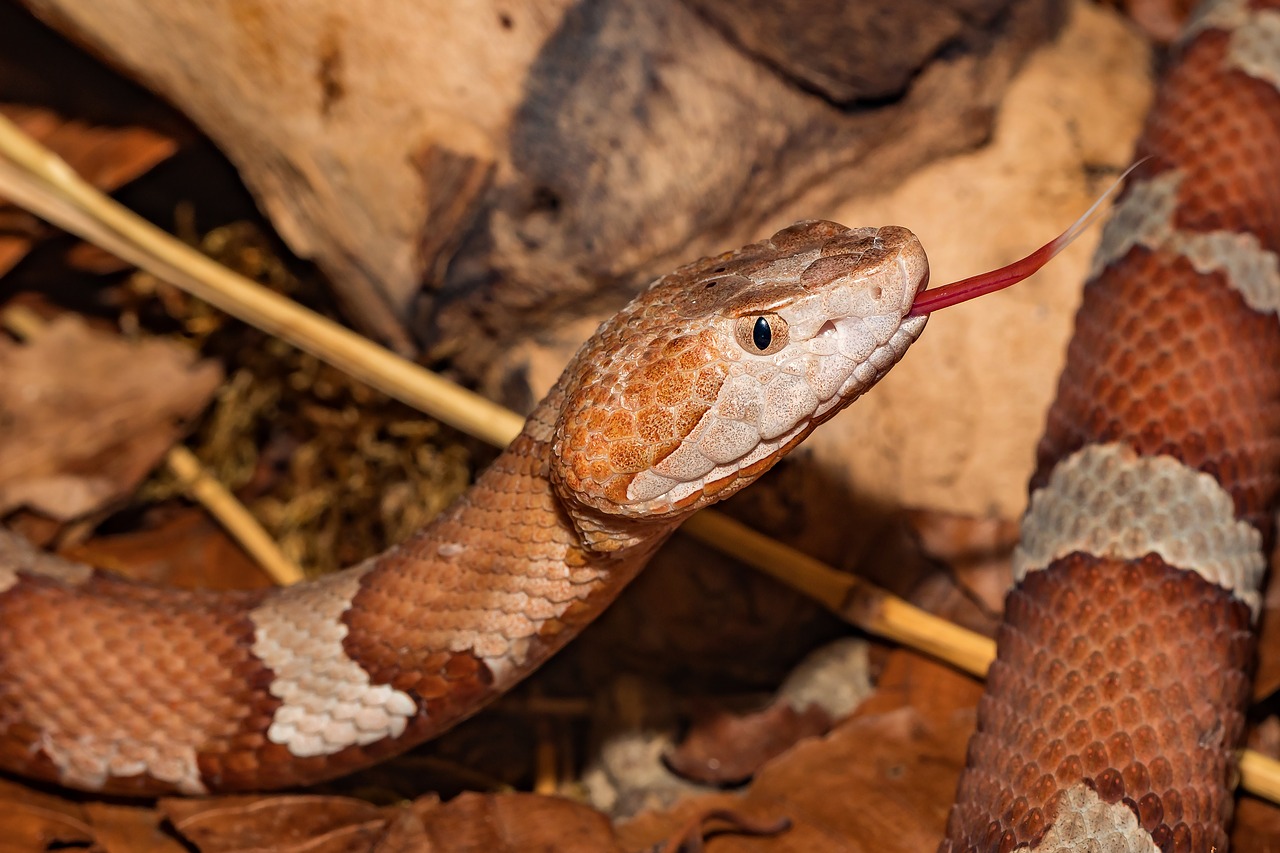 Outdoor employees, such as farmers, foresters, landscapers, land keepers, gardeners, painters, roofers, pavers, construction workers, workers, mechanics, and any other workers who spend time outdoors, can be at risk for a snake bite. A venomous bite is called envenomation. While rare, if bitten, some people with a serious envenomation or snake venom allergy might be at risk of death. In the United States, 7,000-8,000 individuals each year are expected to receive venomous bites, and about 5 of those individuals die. Central Florida venomous snakes include:

The majority of snakes found in the United States, such as the common eastern garter snake, which preys on small rodents like mice and rats, are not harmful and are often very beneficial. Non venomous snakes in central Florida include:

What To Do When Bitten?

If you or someone you know are bitten, try to see and remember the color and pattern of the snake. Having this information will assist health officials determine if that snake was venomous or what type of anti-venom to provide.

Snakes In Or Around The Home

If you’ve seen snakes in your yard and you’re afraid that some may have made their way into the home, you’re going to have to act quickly.

Often, snakes burrow in walls and crawl spaces to form a nesting home and lay eggs during the winter months. While most would not do serious harm to your house, in certain parts of Florida, rattlesnakes result in hundreds of emergency calls every year. 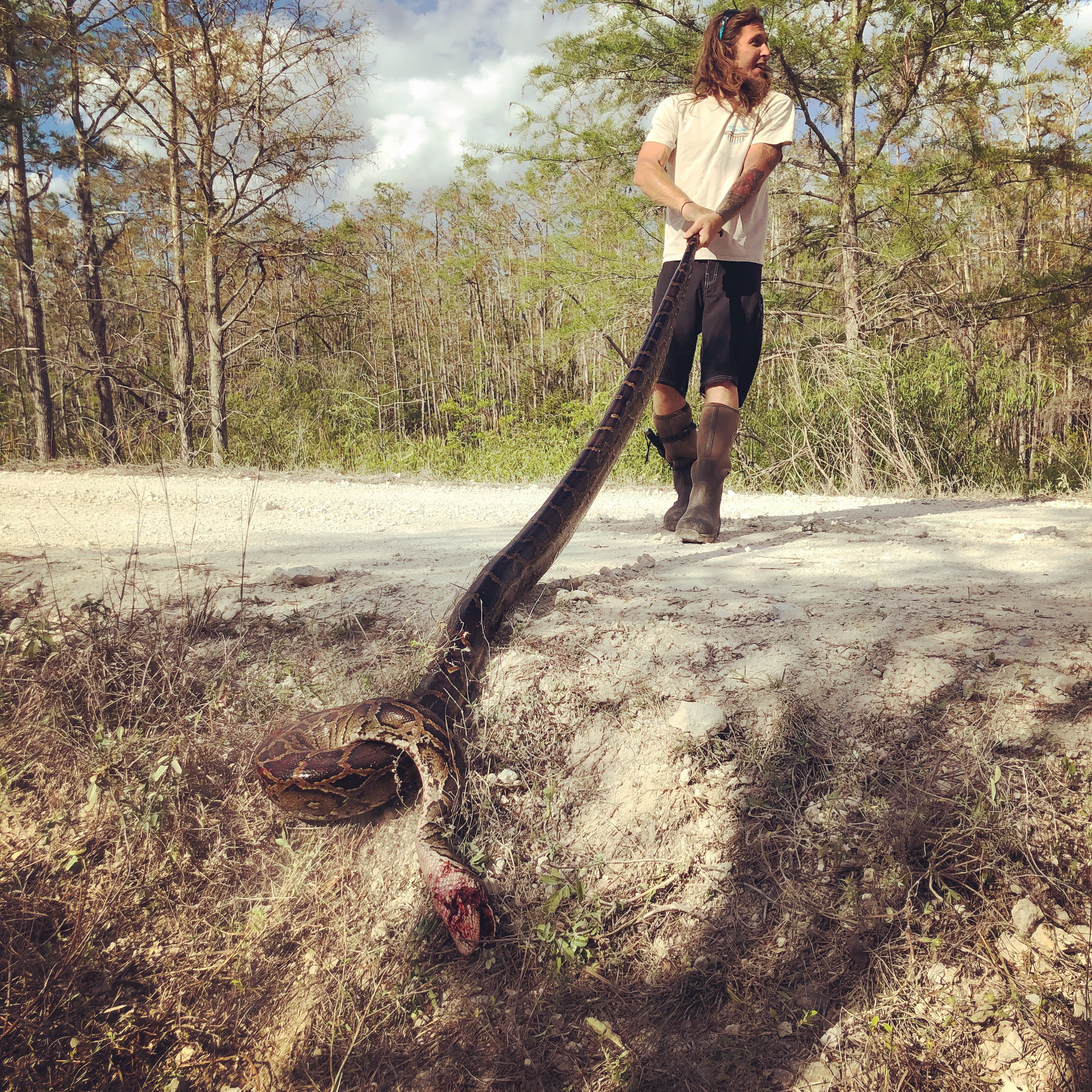 Don’t mess with the snake if you are inexperienced. If you want to try to identify a snake, do so only if, at the same time, you can maintain a safe distance.

If it feels threatened, any snake will try to strike, and even if it’s not a poisonous kind, it can still pose a danger and do some damage. Call poison control and seek medical attention immediately if you are bitten. Call Affordable Wildlife Removal once you are away from the area and let us take over the situation for you! Trusted Source Florida Museum Go To Source Summary: Snakes are limbless creatures that slither around and have the ability to manipulate their jaw to eat larger prey.  Florida is home to both venomous and non venomous snakes that both pose threats to people. Snake habitats consists of salt marshes, forest, and even residential areas.

Snakes around the home are a danger to people and pets. If inexperienced it’s advised to have wildlife removal processionals eliminate the snake threat.